I may not be able to play good golf, bu 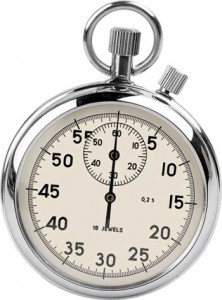 t I can play fast golf. I don’t like to waste time on the course. In fact, it’s gotten to the point where four hours is a long round for me.

That’s why it kills me to see the five-hour plus rounds of golf on the PGA Tour. Slow play easily is the No. 1 problem on the Tour today. It’s tough enough to hang in there for four hours. Five hours is out of the question.

Slow play is going to be a continous rant on this blog. The pressure needs to be put on golf to pick up the pace–big time.

It’s not that the tour isn’t aware it has a pace-of-play issue. Every pro on the Bay Hill driving range knows that Na moves slower than frozen maple syrup. And he isn’t the only guy who is speed-challenged.

You could build an acropolis in the time it takes J.B. Holmes to finish a round of golf. Webb Simpson and Ben Crane aren’t much better. And there others (Campbell had his moments Thursday) who play as if they’re being paid by the hour.