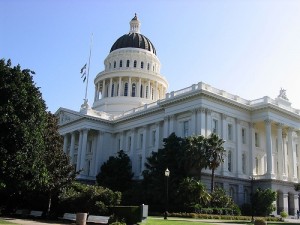 A recent article in the Sacramento Bee by Torey Van Oot highlights the efforts by California’s Fair Political Practices Commission to rewrite some of the rules which apply to lobbyists in the state’s capital. One example of the Commission’s proposed rules deals with lobbyists receiving golf outings as a gift.

A legislator’s chief of staff is invited by an old college buddy to play a round of golf at the friend’s exclusive country club. The friend pays for the greens fees and the cart rental. Should the chief of staff report the gift?

Rule: The cost of the round of golf would need to be reported. It would count toward the $420 cap for gifts from an individual source.

Proposal: A “best friends forever” exemption would apply the same rules for gifts exchanged in the course of dating to those received as a part of “longtime friendships.” A friend who is a lobbyist registered to lobby the recipient’s office or who has business in front of the recipient’s agency, such as a contract, wouldn’t qualify for the exemption.

The game of golf has long provided a platform to transact business. Businessmen and politicians have used it as a literal and metaphorical playing field to negotiate a deal. Even though the game’s name sometimes gets dragged through the mud (as was the case with the infamous trips to St. Andrews by the now-imprisoned former Washington lobbyist, Jack Abramoff), it is also a testament to the game’s ability to allow for a full day of quiet communication with one’s playing/business partners. The fact that lobbyists take advantage of such a private setting to influence leaders in Sacramento or Washington deserves regulation and this proposed rule makes a lot of sense.