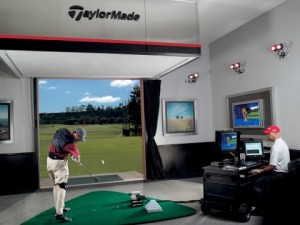 If you thought the motion-capture technology used in such movies as Lord of the Rings and King Kong was cool, now you can serve as the model for a motion picturing starring, well, you. The bad news? It’s a golf movie.

Filming could take place at the TaylorMade Performance Lab located in Portland, OR (as mine did) or at an increasing number of other such labs worldwide. In Portland, cordial and amusing PGA pro and golf-teaching wizard Michael Neff will hook you up to a series of reflective markers and—using nine separate high-speed synchronized cameras—create a frighteningly cool 3-D image of your golf swing. A computer will then analyze more than two dozen aspects of your swing (such as swing plane, launch angle, ball speed, wrist-cocking angle, etc.), compare them to a database of more than 500,000 other swings—without laughing—and make recommendations as to the perfect clubs to suit your game. Neff equates the fitting system to “giving the public the experience that a tour player gets.”

Neff can manipulate the 3-D swing image and show it to you on screen from any angle to help you understand the dynamics of your own very personal—and probably quirky—swing. The image looks a little like Spider-man, except of course that you’re Spider-man. And you’re wielding a golf club. Following a discussion of the health of said swing, Neff will escort you out to the driving range to validate the computer’s findings and test out your recommended club characteristics—length, shaft material, lie angle and much more—to make sure they work for you. And, according to Neff, “Nobody who’s gone through this has ever said, ‘I’ll take my old clubs back.’” 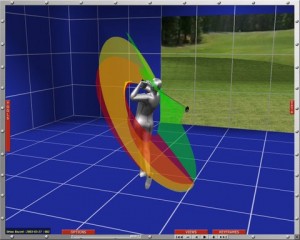 If you decide to have TaylorMade build a set of customized clubs for you, the company will ship them within 48 hours, and the affable Neff will provide a follow-up session when the clubs arrive. You’ll also receive a CD of your computerized, 3-D golf swing. The two-hour fitting costs $300, part of which can be used as a credit toward the purchase of TaylorMade clubs costing more than $1,000. But the ability to show your friends and family (over and over) your golf swing in 3-D is absolutely priceless.