My succinct comment about DevESTATEtion Black IPA is that if you can find any, don’t stop at buying one bottle. It’s a lovely beer, but not one the California brewery is likely to roll out again. It was released in September, and is probably already disappearing from shelves.

Mine showed up last week when my brother and sister-in-law came up from Long Island for our second Christmas, which we normally celebrate together as soon after Dec. 25 as possible. The weather made it a little less timely this year, but the wait was worth it: 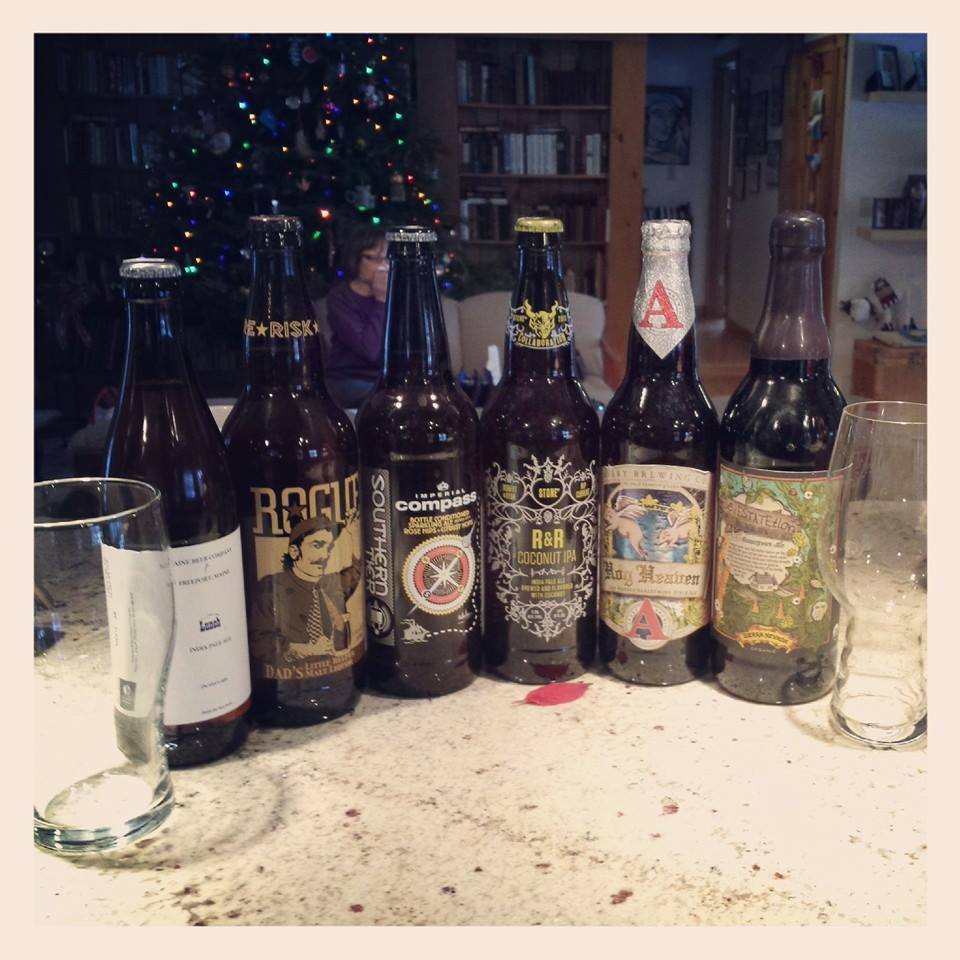 My only question was which beer to try first? Among these heavy-hitters the DevESTATEtion is actually one of the lower ABV beers at 6.7%, so I went for it. 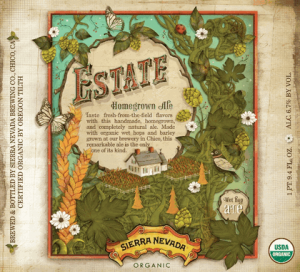 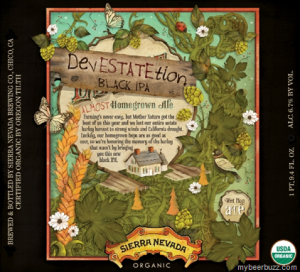 Those given to beer label divination will note that the organic barley field—shown as amber waves of grain on past years’ Estate Homegrown Ale bottles—is barren on the DevESTATEtion label. The wax seal is black instead of green. So, too, the label border–white for the Estate, black for the DevESTATEtion, as if in mourning for the 2013 barley crop that didn’t pass muster. (True, this is all revealed on the back label anyway, but kudos to the clever art department.)

The whole point to the Estate beer is to use homegrown and organic ingredients grown at the brewery site in Chico, including wet hops. The hops came through fine, but the 2013 barley crop was beset by early flooding, high winds and a subsequent drought. The result wasn’t going to work for a Sierra Nevada beer (and therefore destined to become to dairy herd feed). 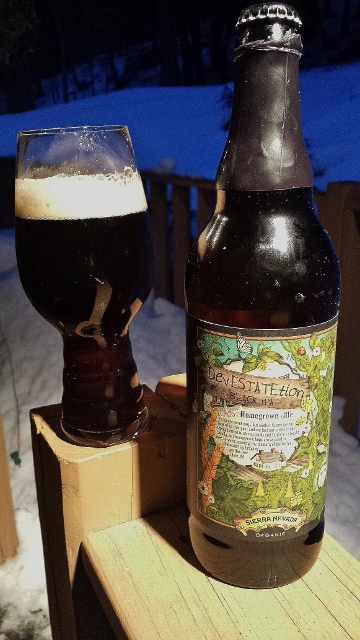 The beer went into my new Spiegelau IPA glass (another gift), which came out with not a little fanfare last year as a collaboration between the glass company, Ken Grossman of Sierra Nevada and Sam Calagione of Dogfish Head.

For a black IPA, especially one from Sierra Nevada, the hop aroma is actually fairly muted, which one might expect from wet hops. The nose is more flowerly than fruity, with malt to the fore and a distinct roast note. The taste is complex if not dramatic, but unsurprisingly, it’s delicious. There’s more Black than IPA at work, with a grainy, roasty, chewy mouthfeel that runs interference on the hop notes, until the nice dry bite at the finish. It strikes me as a wonderfully supple beer, with both heft and grace.

There is one drawback. Beer writer Lew Bryson, now writing more about whisky, started off the new year with a Twitter grievance that bears repeating: “@lewbryson: I’m COMPLETELY serious: stop putting wax on goddamned whisky bottles! I almost sliced my hand, and your dumb wax is in my toaster!” 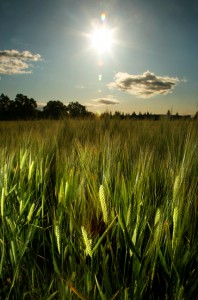 Let the same be said for beer bottles. Yes, it looks nice, classy, and you can probably charge an extra buck just because of it. But unless there’s some kind of tab to help peel off the wax the removal becomes a treacherous and tedious operation. In this case it’s merely an irritant, not a deal breaker, but let the word go forth.  [Jan. 13, 2014]