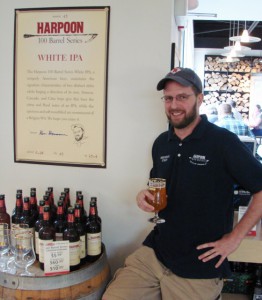 Scant days after Punxsutawney Phil predicted six more weeks of winter we received a fresh dump of about ten inches of snow here in southern Vermont. Another storm is predicted for Thursday and the weekend is looking suspicious, too. So the arrival of a six-pack of Harpoon’s The Long Thaw seemed like perfect timing; around here, it looks like it’s going to be just that.

Harpoon is marketing the beer as a seasonal bridge—with winter scooting along and spring supposedly peeking around the corner. Not much of a peek yet, alas, but all in good time.

I actually first had the beer in August, 2012, when it was introduced as the 43rd iteration of Harpoon’s 100 Barrel Series. The series allows employees to get creative, and the small (for Harpoon) batches have their day in the sun until they run out, usually in a few months. 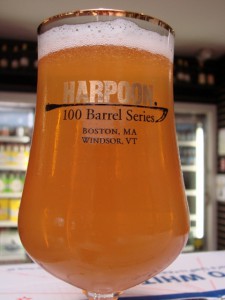 I’d wandered up to Harpoon’s plant in Windsor, Vermont, where brewer Ken Hermann mingled with guests invited as part of the company’s Friends of Harpoon program, and then talked more formally about the beer.

Though Ken normally brews out of Harpoon’s Boston plant, he’s a graduate of the American Brewers Guild program, now based in Middlebury, Vermont, so this was practically like coming home.

The White IPA was Ken’s first 100 Barrel effort, though one he’d been planning for a while, before the spate of White IPAs began appearing. As noted in a post on the Saranac White IPA, the style is essentially a hybrid, turning a Belgian Witbier into a highly hopped brew, while maintaining the white’s characteristic spicing with orange zest and coriander.

Ken thought Saranac did “a nice job” with their White IPA. He was less enthralled with Samuel Adams Whitewater IPA.

“In the realm of IPAs there’s a lot of room for experimentation,” he said. “As long as you follow a few rules—a bitter profile, nice hop nose and nice hop aroma—you can mess around from there. I kind of looked at our UFO White, took that grain bill and tweaked it a bit for more malt character. Then I brought over some of what we have in our own IPA to give it a strong hop nose and flavor.”

Harpoon IPA, the brewery’s best-selling beer, is hopped mostly with Cascade, said Hermann, with a late addition of Apollo. The White IPA added Citra and Simcoe to the Cascade, and used the house yeast.. The chalkboard at the Windsor plant pretty much told the story: 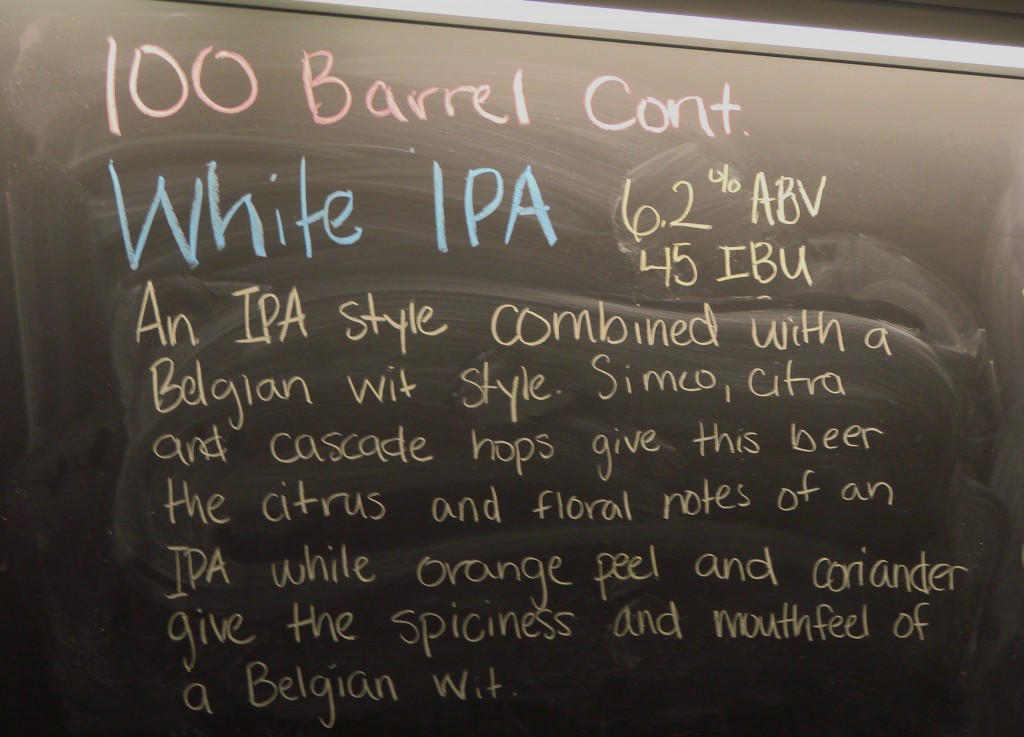 Hermann was obviously pleased with the way the beer came out. Since the 100 Barrel Series beers are sometimes repeated, he said, “You may see this one again.” 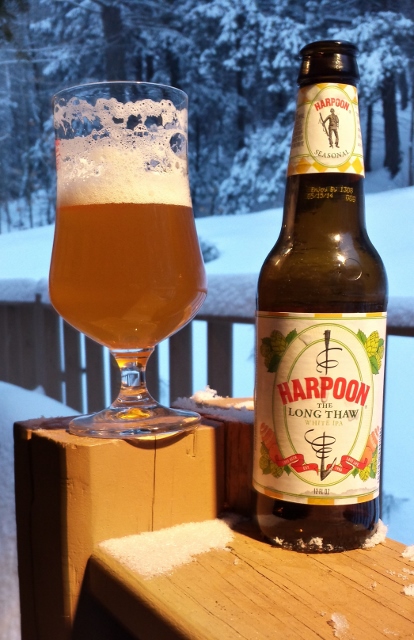 He was more right than he knew. But is The Long Thaw the same beer? Pretty much, said Harpoon communication manager Merrill Allen: “We got such a positive response on the White IPA, and all enjoyed it so much here, that we decided to find a place for it in our lineup, and make it a seasonal. It is the same beer, [although] for hops we used Apollo, Simcoe, Cascade, Amarillo and Citra.”

The flavor additions of coriander and orange peel go into the brewing vessel toward the end of the boil, and the beer is not only dry-hopped with Cascade and Citra but dry-spiced with more coriander.

The result is a hazy, orangey brew that throws off a fair amount of Belgian lacing. The Long Thaw is somewhat the reverse of the Saranac in that it leans more toward an IPA than a Wit, a good direction in my mind. There’s ample citrus and floral aromas, a soft mouth feel, a malty spine to go along with the peppery spicing. A nice balance all in all, that goes a long way toward making the style convincing, even if it didn’t melt any of the snow outside. [Feb. 10, 2014]