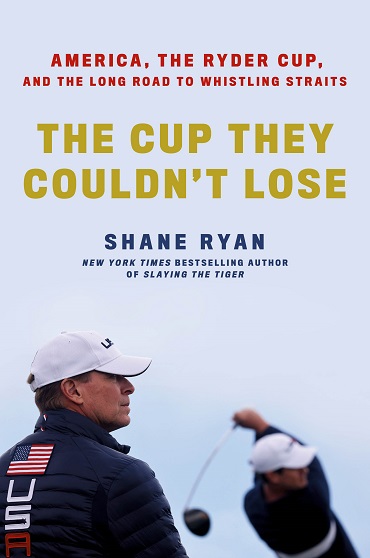 I’ve brazenly appropriated and amended the subtitle to Shane Ryan’s new book for my own above, since he does meander down a few detours before arriving at a recap of the 2021 match in The Cup They Couldn’t Lose: America, The Ryder Cup, and the Long Road to Whistling Straits (Hachette Books, $29).

But no worries, the trip is worth every stop along the way. Ryan last showed up here regarding his Slaying the Tiger, an entertaining account of a year on the PGA Tour as a new crop of stars like Jordan Spieth, Rory McIlroy and Dustin Johnson were making their marks, with others emerging from the shadow of the colossus who had bestrode the tour before them, Tiger Woods.

He even had a villain for the book in Patrick Reed, and Reed rears his troublesome head again in this variegated account of the 2021 Ryder Cup—mainly by not making the team.

And while the current book certainly concerns itself with the 2021 team members, this is more a tale of Ryder Cup captains through the years, the ways they rose or shrank from the challenge at hand, and the strategies they used to improve their teams’ chances or, to be frank, those they failed to implement while going down on the losing side.

There has been no lack of books detailing Ryder Cup history. (In these pages alone, Nick Callow’s general history, The Ryder Cup, and Ed Hodge’s Jewel in the Glen, about a 1921 precursor to the Cup matches. Then there are the reports on specific matches: (1969) Draw in the Dunes by Neil Sagebiel; (1991) The War by the Shore by Curt Sampson; and (2016) The First Major by John Feinstein. Someone is no doubt hard at work right now on a book proposal about the 2023 tilt.)

But Ryan picks his spots well and weaves historical chapters between those that propel the momentum toward the 2021 competition in Wisconsin. And he does it with points in mind.

It was so lopsided, that American players were becoming disinterested, and the GB&I contingent was in danger of not securing funding enough to field a team.

That all changed in 1979, when the U.S. now had to face a team from Europe, and deal with its own complacency about the matches—a shortcoming that began piling up for U.S. captains with all too much regularity beginning in 1983. That year Tony Jacklin’s European team almost won on American soil for the first time—ever—falling but one and half points short. 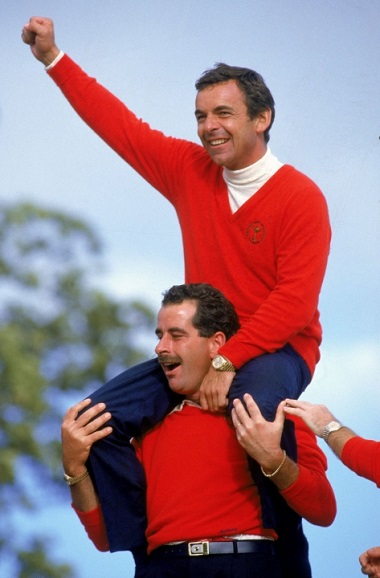 But Jacklin was captain again (and for four Cups consecutively) when he returned to pull off the feat in 1987 at the Jack Nicklaus Muirfield Village course, against a team again captained by Nicklaus.

The Atlantic tide had turned. Of the 17 matches from 1985 to 2018, Europe won 11 times with one tie (retaining the Cup). While that certainly blew America’s complacency out of the water, the U.S. teams continued to flounder.

How and why Europe maintained such dominance over three decades, when American teams usually looked stronger on paper, are the questions Ryan is going after. He trots out and often discards some well-trodden theories: The Americans simply needed to play better, the Europeans liked each other more, the Europeans wanted it more and so on.

What it really came down to, Ryan suggests, was better leadership on the European side. Better preparation. When Tony Jacklin agreed to the captaincy for the first time he insisted on conditions—and more captain’s picks—that would at least give his players the belief that they could win.

Inspired leadership followed Jacklin in Seve Ballesteros, Sam Torrance, Bernhard Langer, José Maria Olazábal and Paul McGinley. American captains in the same period seemed to willingly forego any experiential lessons from match to match. Hal Sutton’s 2004 disastrous pairing of Tiger Woods and Phil Mickelson is perhaps cited as the most prominent blunder, but there were ample miscues to go around. 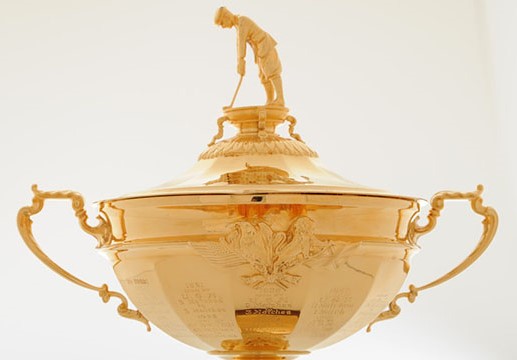 Paul Azinger and his by-now infamous “pod” system came along in 2008 and worked like a charm. The mystery came in the subsequent matches when no one seemed to pay it any mind, leading to the 2014 drubbing of the U.S. team at Gleneagles. That was followed by what must have been one of the most uncomfortable press conferences ever, when Mickelson hung captain Tom Watson out to dry, unfavorably comparing his performance to Azinger’s.

Enter the U.S. “task force,” to try and solve whatever the problems were. The very notion of such a think tank implicitly invests the Ryder Cup, in my mind, with laughably more importance than it deserves. This is just a sporting event, after all, not global warfare. Yet, as readers will discover, the task force came to rely on data gathered by former war game analysts.

Ryan has done a splendid job in both his research and writing. He clearly had willing interview subjects in Jacklin, McGinley, Azinger and even the more reticent Steve Stricker, the 2021 U.S. captain. The narrative never flags and is entertaining throughout. Stricker emerges as a quiet hero, with his steady intelligence and resolve and, perhaps most of all, the ability to learn from the past. 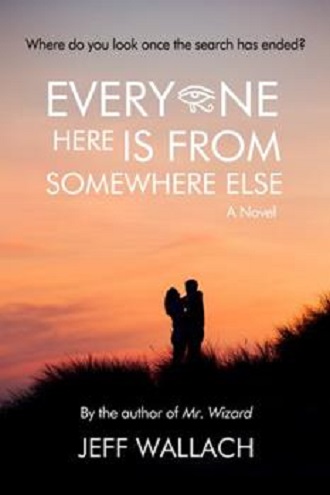 We last met the Spencer brothers in Jeff Wallach’s novel Mr. Wizard. Wallach, who has also labored in the golf writing business for many a year, has produced a sequel, “Everyone Here Is From Somewhere Else” (Open Books, $19.95).

Once again, it’s a stretch to call this a golf novel, though there is golf, there is Ireland, there is Guinness, and there’s ample good humor in continuing the tale of the two brothers who later in life discover they’re from different fathers.

The first book posited a genealogical puzzle solved when Phillip traces his father to an American golf professional in Ireland. His brother, Spencer, then actually his half-brother, winds up marrying a daughter of that father, making her Phillip’s half-sister and sister-in-law, a neat trick.

A trick, involving the purported Mr. Wizard, was at the heart of the first book, though Wallach never gave it away. All is revealed in the current volume. It’s not essential to read the first to enjoy the second, though probably more fun as characters from the first are more fully fleshed out in the sequel. (Indeed, the book manages to be both a sequel and a prequel, another neat trick.)

If “Mr. Wizard” was about searching for a sense of self, “Everyone Here…” is about the search for a sense of place, of home. The inveterate New Yorkers are flung into the world, Spencer to Ireland, Phillip to Portland, Oregon, and both have to determine where it is they truly belong.

And while the characters are working out that puzzle, there are more tricks from the mischievous Mr. Wallach. Readers can try and figure out what he was up to by embedding 41 cryptic chapter titles throughout. There is a relationship between the headings and the text that follows them and they’re sometimes obvious, but sometimes deeply buried, obscure, or downright impenetrable.

Maybe he’ll reveal all when wrapping up a trilogy. 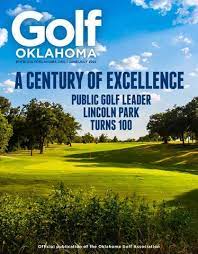 This piece first appeared, in slightly different form, in the June-July 2022 issue of Golf Oklahoma.

Related posts:
Nick Callow’s The Ryder Cup
Ed Hodge’s Jewel in the Glen
Draw in the Dunes by Neil Sagebiel; (1969 Ryder Cup)
The War by the Shore by Curt Sampson; (1991 Ryder Cup)
The First Major by John Feinstein (2016 Ryder Cup)